The Tale of the Tape

Good Friday Folks. The markets took a hit today as the Nasdaq had its worst day since August.

As we’ve mentioned before, Fridays have been notoriously red in 2020. The S&P 500 has lost 6% on Fridays alone. Maybe we just open the market 4 days a week, then stocks would never go down and we’d get 3 day weekends every freaking week… Win win, right?

Bond yields are breaking down, the 30-year below 2% and the 10-year is at 1.5%. Pair this with the ghost town of commerce that is China, the most populated nation in the world and we’re just a tad surprised there is not more talk about global recession potential. Maybe we are just idiots, maybe we don’t get economics, but something is happening here.

Sorry to be so grim on a Friday afternoon. Go pour yourself a stiff drink and let the buzz kick in…

Here’s a weekly chart of iShares ETF $ACWI. This ETF is designed to track markets around the world. It is still sitting near highs. Maybe things don’t look so bad after all. 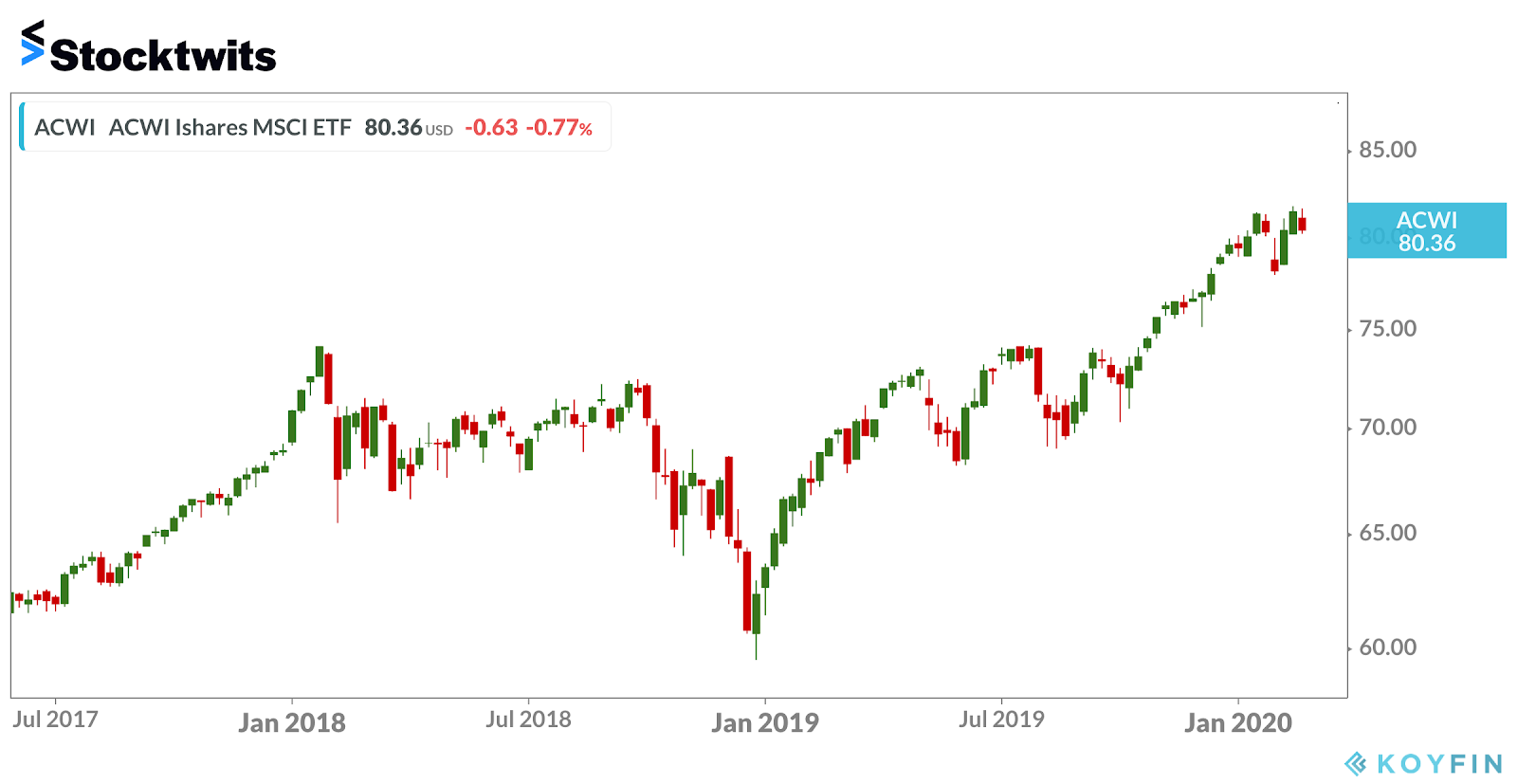 🚜 Farming, The Next Tech Boom 🚜

John Deere closed up 7% following a strong earnings report. The numbers were as follows:

The company cited strong optimism in the farming sector due to new projects by the U.S. Department of Agriculture.

Here’s a gif created by John Deere implying a tech boom in farming. It’s weird as heck y’all and we love it:

Tesla showed signs of strength today, closing positive in a red session. Here’s a post from FlynancialAnalyst back in October regarding the stock. Well played sir.

Never forget this quote from the legend, Jesse Livermore:

It never was my thinking that made the big money for me. It always was my sitting. Got that? My sitting tight!

Hot Wheels announced a remote-controlled Tesla Cybertruck coming December 2020. Great move for both parties. Inspire the youth with a great toy and they will dream about owning a Cybertruck when they grow up. 👏🏼

Diddy & His Mentor Ray Dalio – Inside a Meeting Part II

One thought on “Farming, The Next Tech Boom 🚜”

Processing...
Thank you! Your subscription has been confirmed. You'll hear from us soon.
%d bloggers like this: